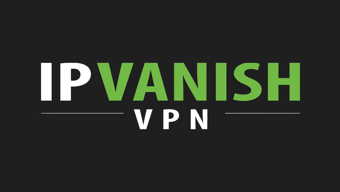 The scanning engine remains high-quality: During our tests, the app’s malware scanner picked up some files and a Registry entry left over from an apparently incomplete uninstallation of a third-party driver management utility that, according to Malwarebytes, may have bundled a potentially unwanted program (PUP). Malwarebytes defaulted to placing these files in quarantine rather than deleting them. This is actually the preferred reflex, since PUPs aren’t necessarily harmful, and extracting them can disable the program that they came with. Generally speaking, Malwarebytes’ scanning tech is rated favorably by independent testers, such as West Coast Labs and Google’s VirusTotal service, and it’s cultivated a reputation for not bogging down your PC.

Detailed, plain-English explanations: While other security vendors often slather on fancy-sounding terminology, Malwarebytes is good at telling you exactly what a given feature is doing. Take the “Usage and Threat Statistics” toggle, for example. This covers the anonymous usage data that it collects. In the description on its website, Malwarebytes itemizes basic things like, how many people are running the free version, trial version, and subscription versions? Where is Malwarebytes being used globally? What malware is being detected the most, and how often?

Its full privacy policy even includes detailed and simplified explanations side-by-side. This kind of transparency about your data — and the deliberately limited extent of it — is good to have, and it’s not as common in the security industry as it should be.

Limited testing by independent labs: The company asserts that the average “zero day” malware (the kind that’s too new for there to be reliable detection/removal) has only a 55 percent detection rate, which can make a given antimalware app look worse than it is when subjected to a barrage of zero-day infections during testing. Therefore, Malwarebytes does not submit its apps to the full gauntlets provided by AV-Test and AV-Comparatives, whose testing takes special notice of zero-day security. However, if Malwarebytes wants to be recognized among its competition, we’d argue that it needs to submit its apps to the same rigorous standards as the competition, even if those standards can create perception issues.

Now that Malwarebytes appears to have fixed its stability issues in version 3.2, the user experience is rounded out nicely. However, we’d like to see Malwarebytes go through the gauntlets set up by AV-Comparatives and AV-Test to get a better picture of how it stacks up against the competition.