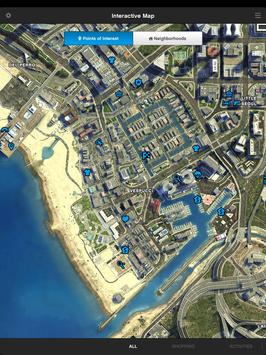 GTAV: The Manual is the official manual app for Grand Theft Auto V. Contains over 100 pages covering everything from Game Controls, and Features to a tour through the local neighborhoods and activities across Los Santos and Blaine County – plus a special interactive version of the game map to zoom in and explore.

Set in the biggest, most dynamic and most diverse open world ever created, Grand Theft Auto V blends storytelling and gameplay in new ways as players repeatedly jump in and out of the lives of the game’s three lead characters.

When a young street hustler, a retired bank robber and a terrifying psychopath find themselves entangled with some of the most frightening and deranged elements of the criminal underworld, the U.S. government and the entertainment industry, they must pull off a series of dangerous heists to survive in a ruthless city in which they can trust nobody, least of all each other.

All the classic hallmarks of the groundbreaking series return, including incredible attention to detail and Grand Theft Auto’s darkly humorous take on modern culture.

With assistance from characters from the story of Grand Theft Auto V, players rise through the criminal ranks by banding together with friends to complete Jobs for cash, purchase properties, vehicles and character upgrades, compete in traditional competitive modes such as Deathmatches or Races by land, air or sea, or create your own content to play and share with the Grand Theft Auto community.